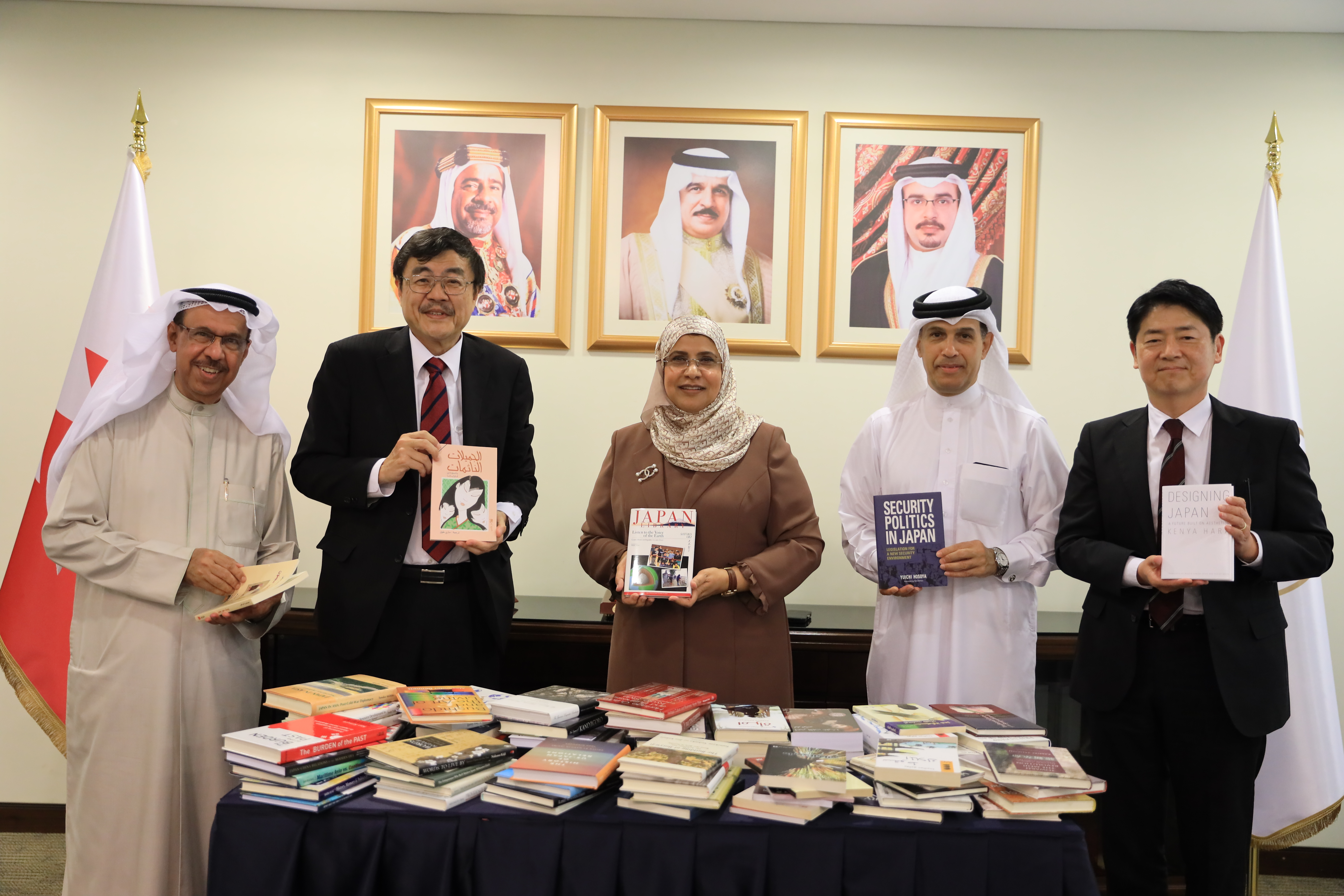 University of Bahrain (Yasmeen Khalaf)
14 June 2022
On Tuesday (14 June 2022), the President of the University of Bahrain, Dr. Jawaher bint Shaheen Al-Mudhahki, received at the University’s headquarters in Sakhir, the Ambassador of Japan to the Kingdom of Bahrain, Miyamoto Masayuki, who donated a number of books and scientific resources to the University’s libraries.
Dr. Al-Mudhahki commended the initiative of the Embassy of Japan in donating books of all sciences and disciplines to the University, to enrich the University’s libraries with the latest intellectual, scientific and literary productions, which would provide students, academics and interested persons with important scientific references and resources, to provide them with scientific tools supporting their research and studies, and books were and will remain one of the tributaries of this knowledge.
For his part, Ambassador Miyamoto affirmed his keenness to develop relations between the Kingdom of Bahrain and Japan in various fields, including the scientific and cultural fields, education development, and research and academic cooperation, for the benefit of both parties, stressing that the bridge of communication between different cultures begins with knowledge and reading, and that similar cultural initiatives will be present on all occasions.
In addition to the University President, the meeting was attended by the Vice President for Information Technology, Administrative and Financial Affairs, Dr. Osama Abdullah Al-Jowder, and the Dean of the College of Arts, Prof. Dr. Abdulaziz Mohammed Bulaila.