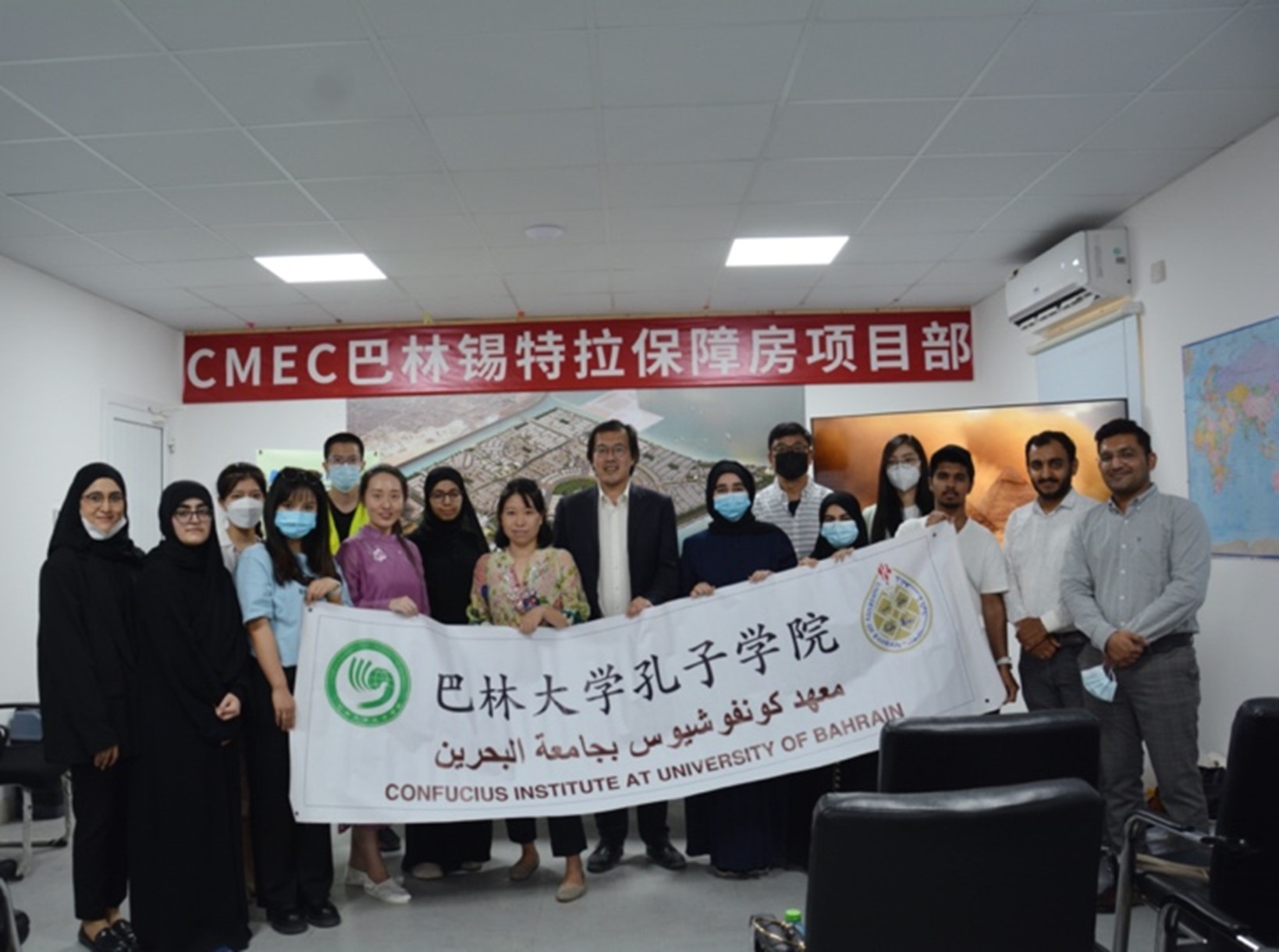 The affiliates of the Confucius Institute in Bahrain participated in the “Dragon Boat Festival” at East Sitra Housing Project, at the invitation of the China Machinery Engineering Corporation (CMEC) Bahrain.

The ceremony, held on Thursday June 2, 2022, i.e., one day before the traditional Chinese Dragon Boat Festival, was attended by more than 60 participants, including the Deputy General Manager of CMEC Bahrain, Cao Xintao, who headed the activity, and the site manager of East Sitra Housing Project Sun Xichun, in addition to students and teachers at Confucius Institute.

The manager of East Sitra Housing Project Sun Xichun noted that this project is the largest Chinese funded housing project implemented by the Corporation in the Kingdom of Bahrain, and an important outcome of cooperation between China and Bahrain within the framework of the “Belt and Road” initiative. CEMC has been involved in the international engineering contracting business since the 1980s and it is one of the first national teams in China to “go global”, due to its consistent commitment to social responsibility, and the endeavor to spread Chinese culture to the world.

the Director of the Confucius Institute added that the Institute invited the contestants, who have recently participated in the 21st Chinese Language Proficiency Competition (Chinese Bridge) for foreign university students, to participate in this ceremony, hoping that this activity will lead students of the University of Bahrain to get to know about the Chinese funded companies, under the framework of the “Belt and Road” initiative and to inspire them to establish a noble professional vision of community service.

The Confucius Institute teacher, Zhang Yanan, gave a presentation on the art and culture of the Chinese tea. The teacher Chi Zi Wen also gave a presentation on the traditional Chinese Dragon Boat Festival and shed light on some traditions related to the festival, such as dragon boat racing, and eating zongzi, a dish made of glutinous rice stuffed with different fillings, as well as other habits.