Dr. Al-Mudhahki: Development on the Infrastructure Is Ongoing According to the Best Standards UoB Discusses Developments in The Development of Its General Plan with The Japanese Company Tange 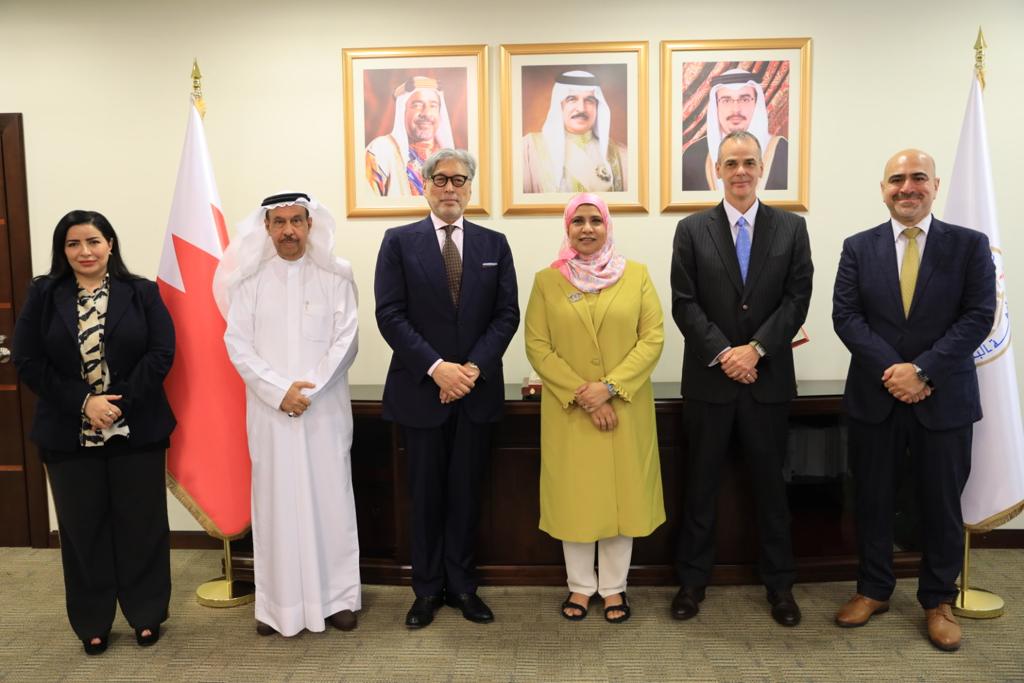 Sakhir – University of Bahrain (Ali Al-Sabbagh)
20 June 2022
The President of the University of Bahrain (UoB), Dr. Jawaher bint Shaheen Al-Mudhahki, confirmed that the University is continuing to develop its infrastructure according to the best technical and construction standards to enhance and develop its educational environment.
This came when Dr. Al-Mudhahki received the famous Japanese architect, Engineer Paul Tange from the Japanese company Tange, one of the University’s partners for the project to implement the University’s master plan and establish the College of Engineering in the Sakhir campus.
The meeting reviewed the developments in the general plan of the University and the final stage of the designs of the College of Engineering.
As UoB had signed an agreement whereby the project consultant (Tange Company and Dar Al-Khaleej Engineering) will carry out the modernization work of the University’s general plan and determine the location of the College of Engineering, and other colleges and facilities to be established on the University campus in the future.
Also, Dr. Al-Mudhahki praised the efforts of the Ministry of Works and the University Projects Committee, to move forward with the project, and she welcomed the cooperation with the Japanese expertise that supervised the construction of the main buildings at the University upon its establishment.
For his part, Eng. Tange expressed his pleasure to meet the University’s President, pointing out that working at the National University again is a pleasure, and confirmed the partnership and mutual trust between the two sides.
Notably, Paul Noritaka Tange is the current president and chief architect of the Tokyo-based Japanese architecture firm Tange. The firm was founded by his father Kenzo Tang – one of Japan’s most important architects and 1987 Pritzker Prize winner – who is known for combining traditional Japanese art with modern perspectives.
In addition to the University President, the Vice President for Information Technology Services, Administrative and Financial Affairs, Dr. Osama Abdullah Al-Jowder, the Dean of the College of Engineering, Dr. Sheikha Haifa bint Ibrahim Al Khalifa, and the head of the projects committee at the university, Dr. Fuad Mohammed Al-Ansari, participated in the meeting.