In the Course of the Discussions to Offer a Master’s Degree in Law and Sports Management.. The President of UoB Receives the French Ambassador to the Kingdom of Bahrain 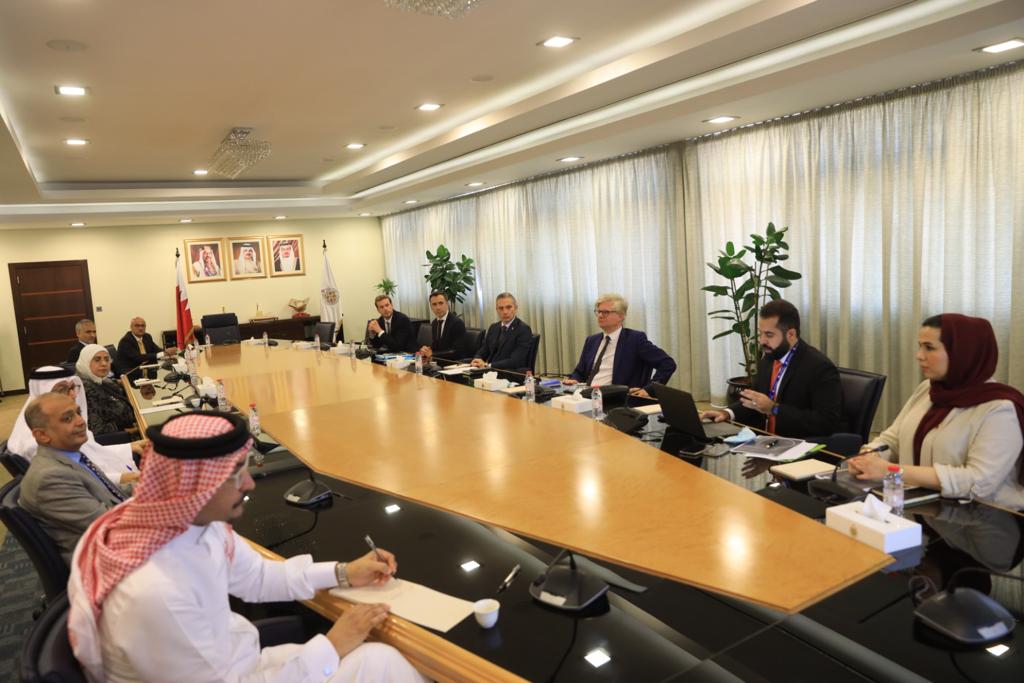 On Tuesday (30 November 2021), the President of the University of Bahrain (UoB), Dr. Jawaher bint Shaheen Al-Mudhahki, received the French Ambassador to the Kingdom of Bahrain, Jérôme Cauchard, and his accompanying delegation.

Dr. Al-Mudhahki welcomed the French Ambassador and his accompanying delegation, which included the First Counselor at the French Embassy, Emmanuel Mayer, the Mandate of Academic and Scientific Cooperation at the Embassy Karl Wazanska Bruce, and the Director of the Sports Law Center at Aix-Marseille University in France, Gaylor Rabeau.

This project comes within the framework of the cooperation agreement signed after the visit of His Majesty King Hamad bin Isa Al Khalifa, King of the Kingdom of Bahrain, to France, as the agreement stipulated the establishment of a postgraduate program under the name of Master in Law and Sports Management.