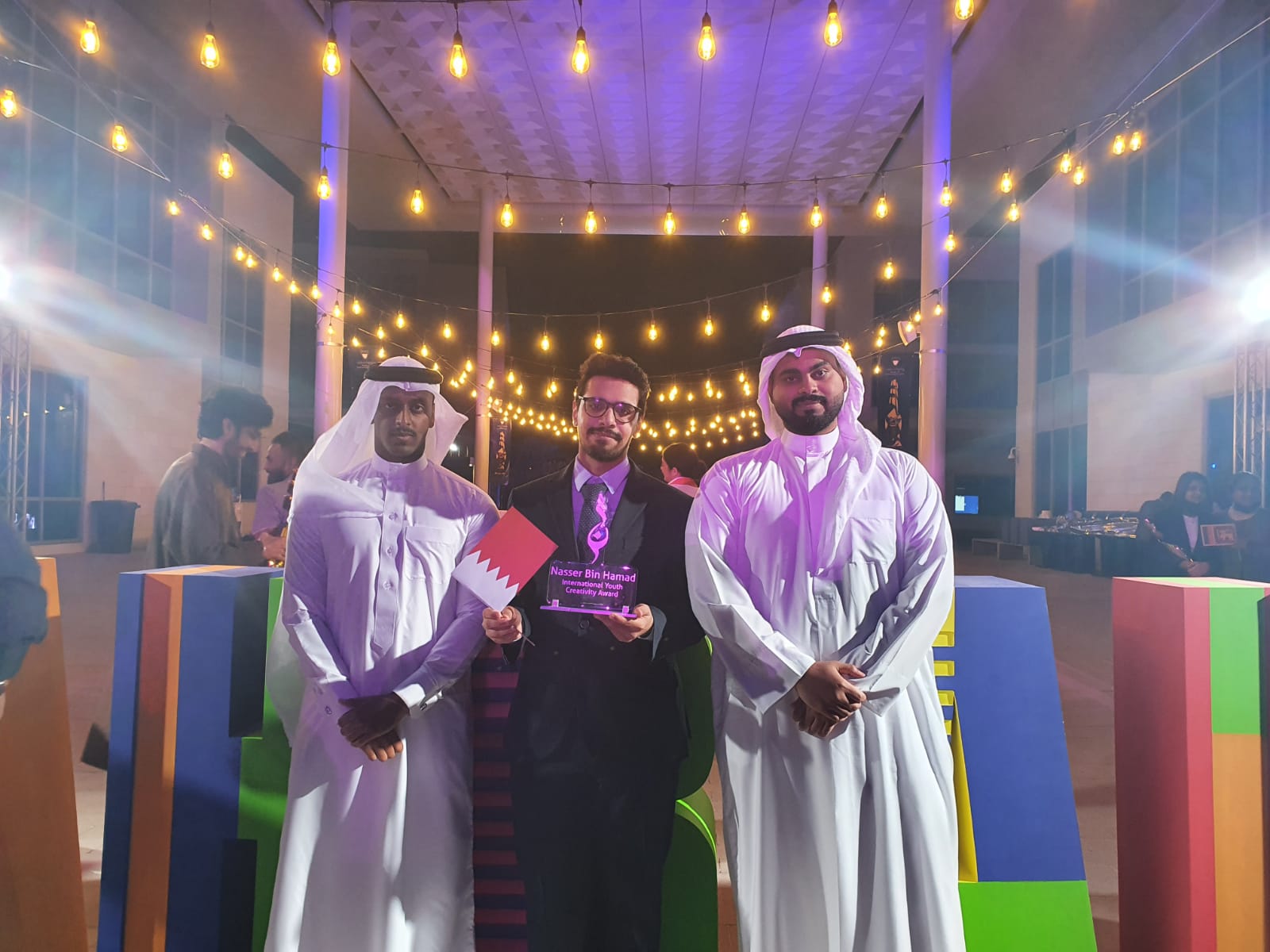 The President of the University of Bahrain, Dr. Jawaher bint Shaheen Al-Mudhahki, congratulated the two architectural teams of students and graduates of the University of Bahrain who won the second and third places in the Department of Architecture in the Nasser bin Hamad International Youth Creativity Award in its sixth edition, among 8003 youth works from 127 countries around the world.

Dr. Al-Mudhahki stated “We are astonished by the ideas presented by students of the Department of Architecture, College of Engineering, University of Bahrain, in terms of philosophy, aesthetic and functional aspects in their creations, whether in their academic courses, graduation projects, or the national and international competitions in which they participate.” She urged all students of the University of Bahrain to participate in competitions held at all levels and disciplines, as they refine their talents. She lauded Nasser bin Hamad International Youth Creativity Award, as it stimulates the creativity of youth and unleash their energies.

The students of the University of Bahrain received two awards during the ceremony held on Saturday December 11, 2021, under the patronage of His Highness Sheikh Nasser bin Hamad AlKhalifa , the representative of His Majesty the King  for Humanitarian Work and Youth Affairs, in the presence of His Highness Sheikh Khalid bin Hamad Al Khalifairst, First Deputy President of the Supreme Council for Youth and Sports, President of the General Sports Authority and President of Bahrain Olympic Committee, as well as a large number of ministers and officials in the Kingdom.

Student Helal stated that the winning project was entitled “Dar”, which is a contemporary building that adopts modern architectural teachings, while responding to the environment and the surrounding culture. Helal explained that this multifunctional building aims to provide working and educational environments as well as residence within the same building. The student added that this building includes three main components; common working spaces, lab spaces and common living spaces as well as a workshop.

The student team employed a modern architectural approach that takes into account the surroundings of the site, and is based on specific pillars, namely the response of the building (Dar) to the artisanal characteristics and their surrounding environment, and the house’s response to the surrounding architectural culture, by reviving the concept of the Bahraini courtyard of the house. The house itself was distinct in terms of reshaping the rules of the function while bearing concept in mind.

In the same context, the student Jenan, one of the members of the team of students who won the third-place award, explained that their project is designing a youth center. She explained that the design is based on the idea of ​​“eternity” that has prevailed in Bahrain since ancient times (Loop of eternity), adding that the design is characterized by adaptability for Sustainability as well as environmental and spatial changes.

The design focuses on the mental and physical health of youth, and provides ways of learning and fun, through various green spaces, playgrounds and places for indoor and outdoor games. In addition, it contains a range of places and services, which provide opportunities for young people to interact and communicate with each other.

It is noteworthy that Nasser bin Hamad International Youth Creativity Award is organized by the Ministry of Youth and Sports Affairs in the Kingdom of Bahrain in the fields of drawing, composition, photography, film production, architectural design, graphic design, and scientific creativity. The competition aims to develop youth skills, reward talents, consolidate relationships, exchange experiences between youth in the Kingdom of Bahrain and different countries of the world, and provide an open competitive environment for creative youth in various fields.