The President of the University of Bahrain Receives Students Participating in the Second Oman Youth Ship within Expo 2020 Dubai, and Lauds the Solid Brotherly Relations and Ties between GCC Countries 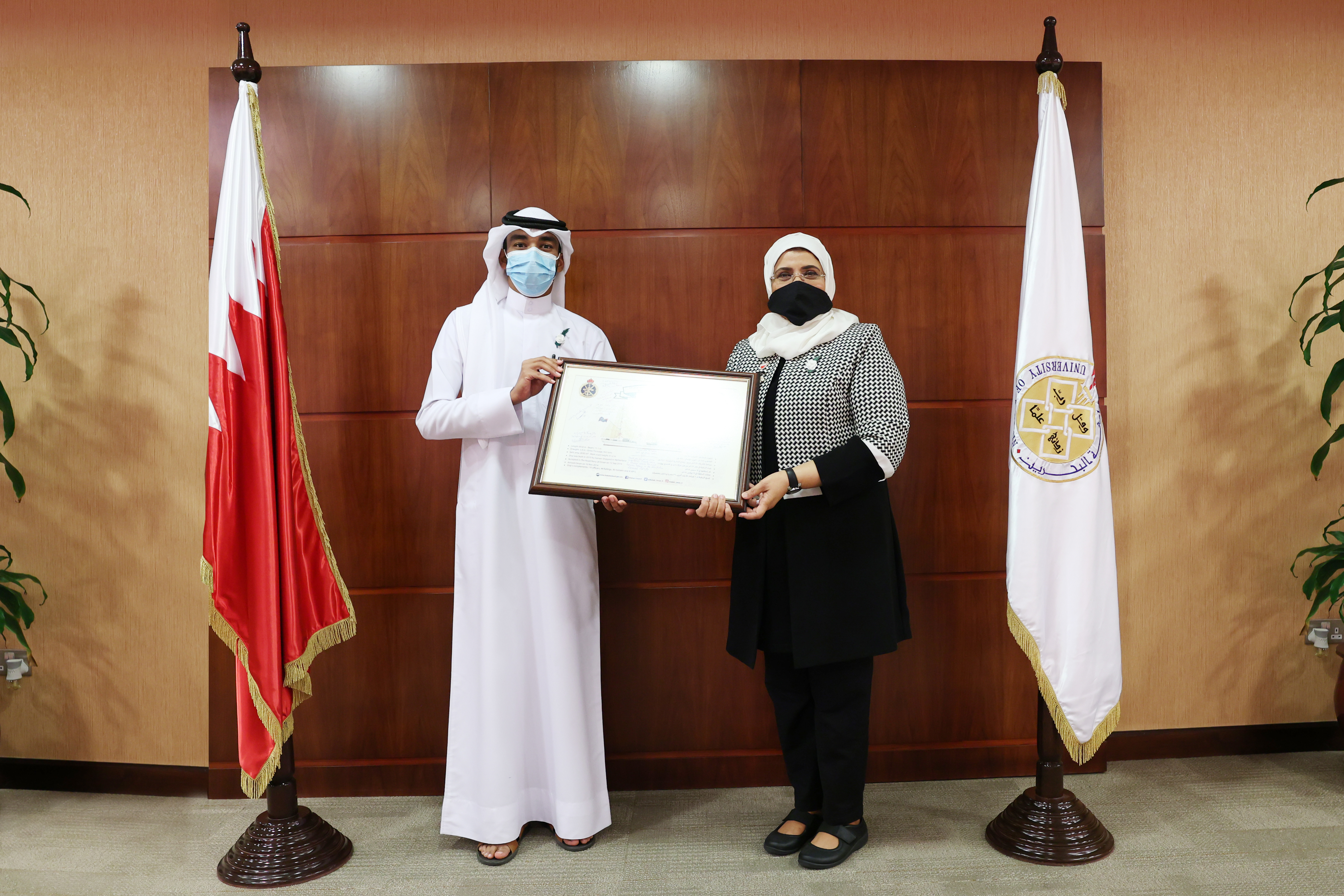 The President of the University of Bahrain, Dr. Jawaher bint Shaheen Al Mudhahki, confirmed that the second voyage of Oman Youth Ship contributed to strengthening cooperation in all economic, social and cultural fields among GCC countries as well as building youth, refining their capabilities, and fueling their spirit of honest and adventurous competition.

Dr. Al Mudhahki lauded the brotherly relations and the deep-rooted historical ties between the Sultanate of Oman and GCC countries. She also commended the efforts exerted by the Bahrain Authority for Culture and Antiquities for organizing a cultural tour in the Kingdom of Bahrain for the delegation of the Royal Navy of Oman.

Dr. Al Mudhahki made this statement on Sunday December 12, 2021when she received at the university premises Yousef Ahmed Jad, the student of radio and television, Department of Mass Communication, Tourism and Fine Arts, College of Arts.

The student participated in the voyage, which included an academic program for 28 days, among 30 male and female students from a number of universities in GCC countries, and a number of European universities, from Germany, Hungary, and Croatia.

The ship bears the slogan “Oman, a Renewed Approach”, with the aim of spreading the message of peace and brotherhood among the countries of the world, in order to consolidate the ship’s role as a roving ambassador to the countries of the world, carrying a message of peace and friendship. This is the fifth international voyage for the ship that entered service in 2014.