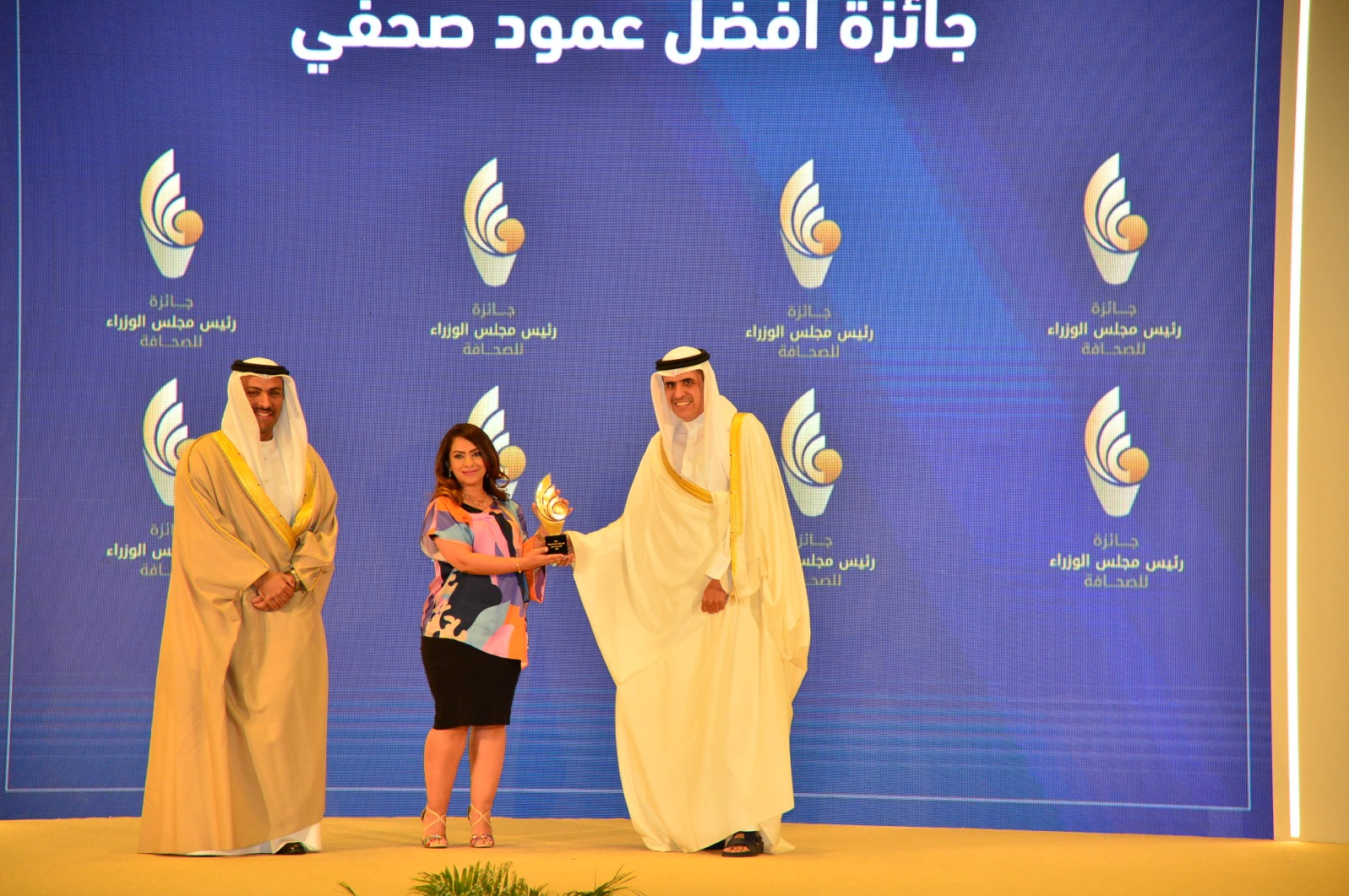 Sakhir – University of Bahrain
19 June 2022
The President of the University of Bahrain (UoB), Dr. Jawaher bint Shaheen Al-Mudhahki, congratulated the editor in the Department of Media and University Relations at UoB, journalist writer for Al-Bilad newspaper, Yasmeen Abbas Khalaf, on the occasion of winning the Prime Minister’s Award for Journalism in the “Press Column” category.
The University President praised the great role played by the “Prime Minister’s Award for Journalism” in promoting the Bahraini press, which has been playing great national roles in the areas of building and advancing society, for more than eighty years, as honoring journalists today is nothing but a tribute to the entire media sector, noting that UoB is honored to graduate large numbers of graduates in the media field, who proudly hold senior positions in public and private media institutions.
At the same time, the President of UoB praised the journalist Yasmeen Khalaf’s presentation of important societal issues in her weekly column in the daily newspaper, noting the sober pens of Bahraini female journalists in various local and international newspapers, and stated: “The University of Bahrain encourages its members to contribute to the service of society through all channels, and the media and press channel is one of the most effective channels in spreading the national spirit, enlightening society, and interacting with its issues”.
Also, Dr. Al-Mudhahki noted the media efforts of Yasmeen Khalaf in the news follow-up of the University by presenting the University’s activities and achievements, as well as her role in supervising the magazine “University Horizons”, wishing her more success in the media and press fields.
It is worth noting that Khalaf started her journalistic career – after graduating from Kuwait University with distinction – in the daily newspapers “Al-Ayyam” and “Al-Waqt” before joining the National University, and she holds a master’s degree in media from UoB.