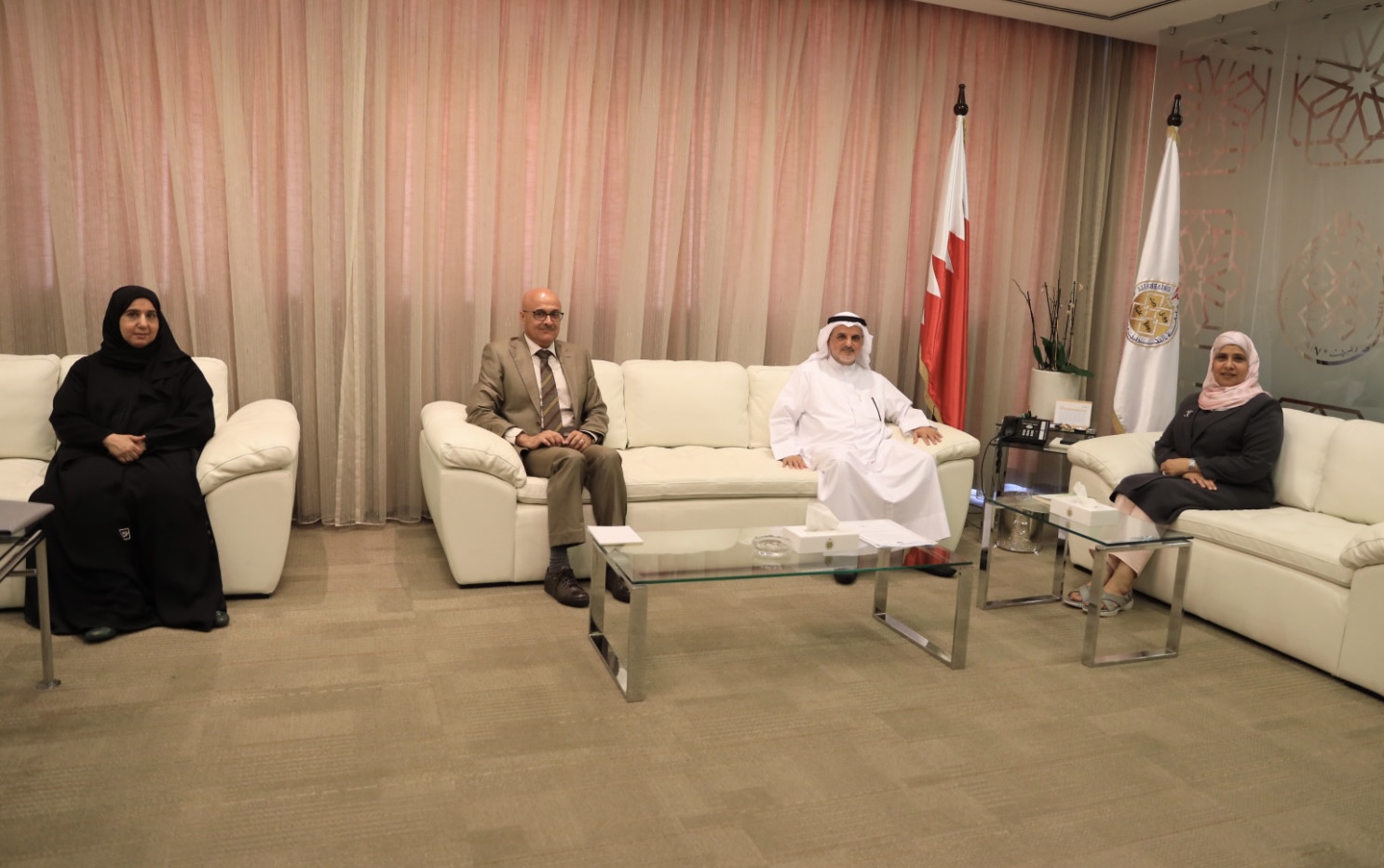 University of Bahrain (Yasmeen Khalaf)
9 June 2022
The President of the University of Bahrain (UoB), Dr. Jawaher bint Shaheen Al-Mudhahki, discussed with the Head of Kuwait Cultural Office at the Embassy of the State of Kuwait, Prof. Dr. Mohammed Al-Dughaim, ways of joint scientific and research cooperation between the two fraternal countries, stressing the strength of brotherly ties and the well-established relations between the Kingdom of Bahrain and the State of Kuwait, and appreciating the continuous endeavor to strengthen them under the wise leadership of both countries.
This came during the reception of Dr. Al Mudhahki of the head of Kuwait Cultural Office, in the presence of the Vice President for Academic Programs and Graduate Studies at UoB, Dr. Mohammed Reda Qadir, and the Dean of Admission and Registration and Dr. Amal Al-Zayed, on Thursday (9 June 2022) at the University’s headquarters in Sakhir. Where Dr. Al-Mudhahki stressed the importance of joint scientific and research cooperation between UoB and University of Kuwait, in a way that serves the common Gulf issues in particular, and regional and global issues in general, and she referred to the endeavor to increase student and academic exchange, to strengthen scientific ties, and to exchange experiences and knowledge.
Moreover, the President of UoB praised the effective academic cooperation between the two parties for several decades, pointing to the importance of enhancing scientific and research exchange, welcoming Kuwaiti students at UoB who were – and still are – an integral part of the student body at the National University, and expressing her hope to increase their attendance in both morning and evening classes from the first stage of undergraduate studies, as well as in postgraduate studies.
On his part, Dr. Al-Dughaim praised all the achievements made by UoB, and its introduction of updated academic programs that are compatible with the needs of regional and global markets, and its obtaining more accreditations and advanced academic classifications at the level of universities in the world, which makes it the focus of students’ attention, and increases their desire to join it.
During the meeting, a number of issues of common interest were discussed, and further opportunities for educational and scientific cooperation, and the exchange of experiences between universities in both brotherly countries were examined.