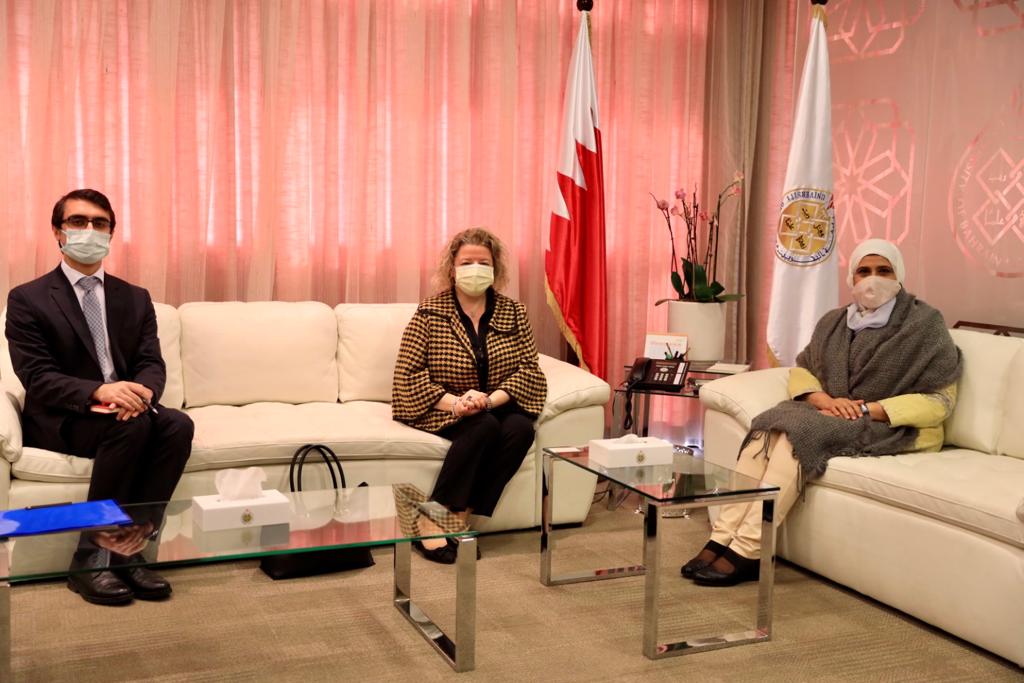 Sakhir – University of Bahrain
20 January 2022
On Wednesday (19 January 2022), the President of the University of Bahrain (UoB), Dr. Jawaher bint Shaheen Al-Mudhahki, received the Ambassador-designate of the Republic of Turkey to the Kingdom of Bahrain, Esin Çakıl, at the University’s headquarters in Sakhir.
Dr. Al-Mudhahki welcomed the Turkish Ambassador, praising the close relations between higher education institutions in the two countries, and she stressed the importance of strengthening academic relations to develop scientific research, and strengthen relations between universities to push them towards broader horizons, noting that the contributions of Turkish professors at UoB can be clearly seen, through teaching, academic research, and community service on more than one level. Also, she praised the development and growth that these relations are witnessing at various levels.
For her part, Ambassador Çakıl stressed the importance of strengthening, developing, and raising relations to higher levels in various cultural and scientific fields to serve common interests. Also, the Ambassador referred to the successful cultural activities around the world and in the Kingdom of Bahrain to the Yunus Emre Institute, wishing UoB further achievements and continued progress and prosperity.