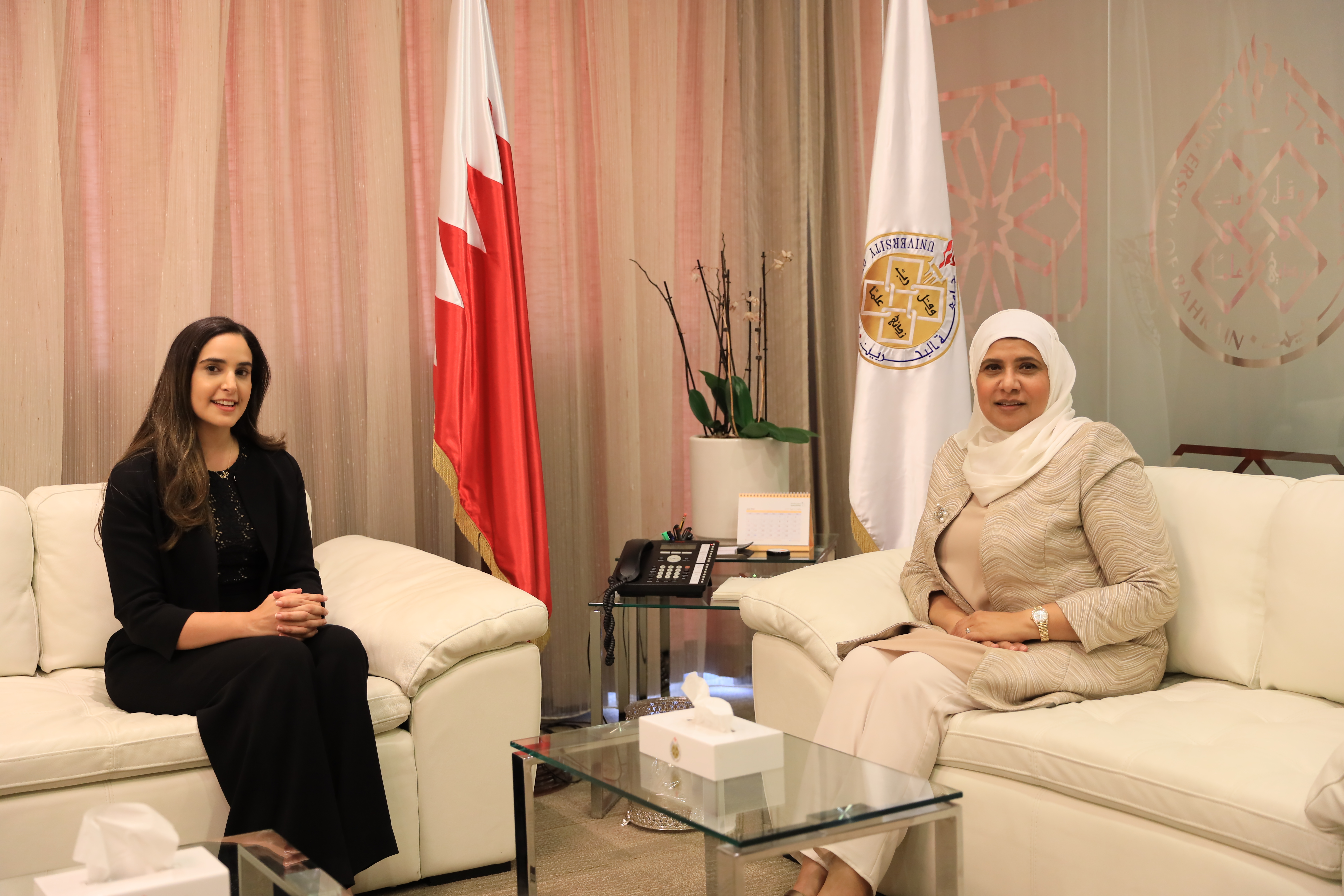 The President of the University of Bahrain (UoB), Dr. Jawaher bint Shaheen Al-Mudhahki, praised the national programs that contribute to building promising youth leaders in various locations and fields, and the role of the national project “Lamea”, sponsored by His Highness Sheikh Nasser bin Hamad Al Khalifa, representative of His Majesty the King for Humanitarian Works and Youth Affairs, in creating Distinguished national competencies from the emerging Bahraini youth.

As on Thursday (2 June 2022), the President of UoB received a member of the faculty at Bahrain Teachers College (BTC), Sheikha Hala bint Ali Al Khalifa, at the University’s headquarters in Sakhir, and congratulated her for qualifying for the challenges stage in the second edition of the national project “Lamea”, wishing her and the participants all the success. Also, she pointed out that these competitions can stimulate the spirit of competition and creativity in the service of the country and its people.

For her part, Sheikha Hala bint Ali thanked the President of the University for the kind reception, praising the interest and encouragement that the University’s affiliates enjoy, which serves the development and growth of the Kingdom of Bahrain, and she gave a presentation on her project from the competition, and the steps that qualified her for the next stage of “Lamea”.