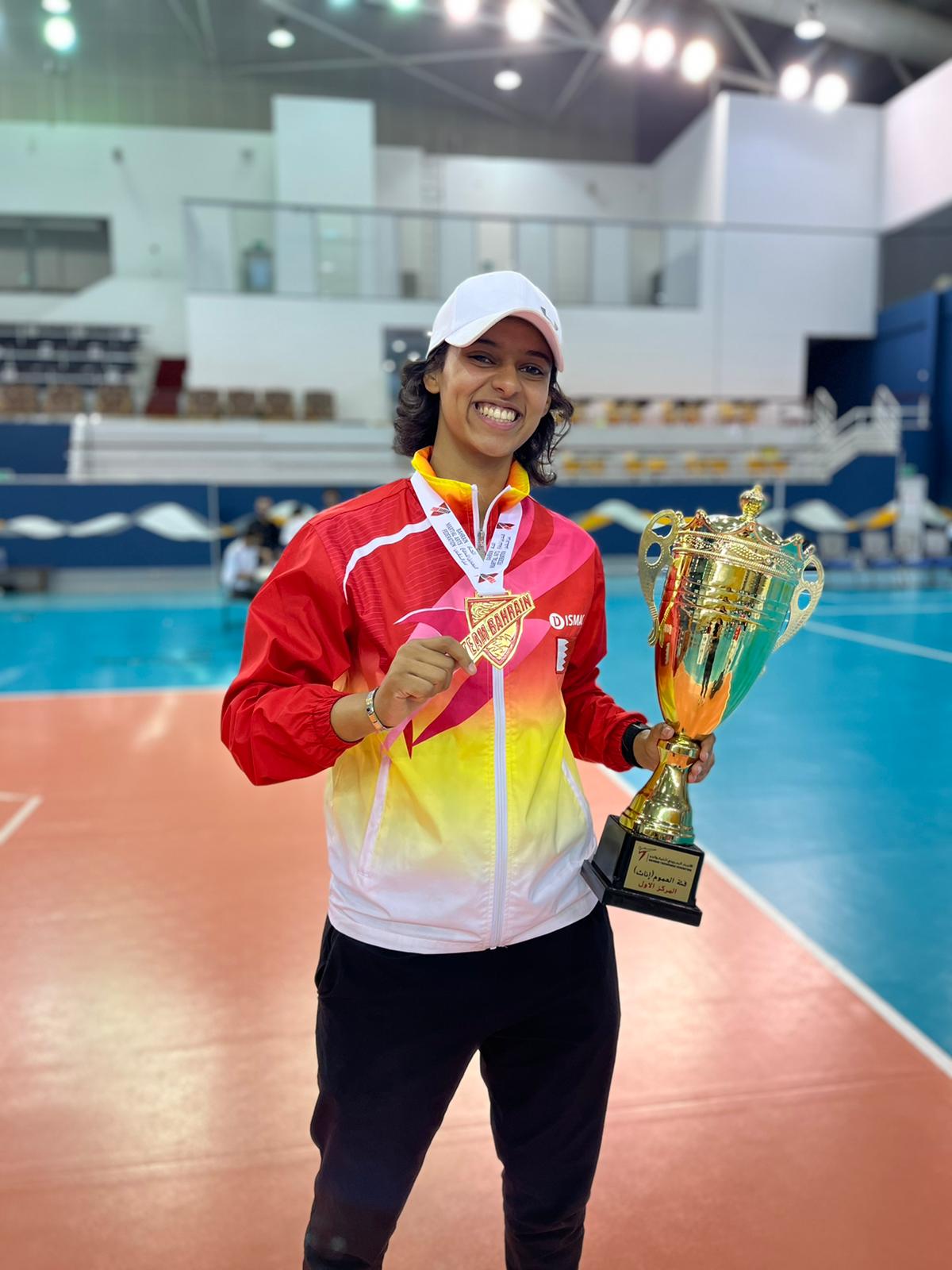 Sakhir – University of Bahrain (Khadija Abdulsalam)
9 June 2022
The student at the College of Business Administration at the University of Bahrain (UoB), Sarah Mahmood Jalab, won the gold medal in the first Bahrain Taekwondo Championship 2022, in the general category (for females), which was held on Saturday (4 June 2022), and thus will represent the Bahraini team for this year under 67 kg.
On this occasion, the President of UoB, Dr. Jawaher bint Shaheen Al-Mudhahki, congratulated the student Jalab for winning this championship, expressing her happiness for the positive participation in the ancient sport of Taekwondo, wishing her continued success in her academic and sports career in Taekwondo and looking forward to more honorable results in the upcoming participations.
The student Sarah Jalab, who is a fourth-year student majoring in banking and finance, confirmed that she will continue her sports training in addition to university studies, and her participation in the tournament on behalf of the Al-Doy International Center for Sports and Martial Arts under the auspices of coach Abdullah Issa Al-Doy. Also, she pointed to the importance of time organization to achieve other goals besides university excellence, which helped her to continue and commit to her university activities in the morning until four in the afternoon, and then focus on sports activities after that.
As the student started her taekwondo career since 2006 and realized many achievements such as the gold medal of the Gulf Championship, the gold medal of the Arab Championship, and a number of golds, silvers and bronzes in international tournaments such as the Fujairah International Championship, the Jordan River Championship, the Arab Championship in Egypt, the South Korean Championship and many other tournaments.