UoB Team Achieves Advanced Levels .. The President of the University Receives the Winners of the Solar Decathlon Middle East Competition 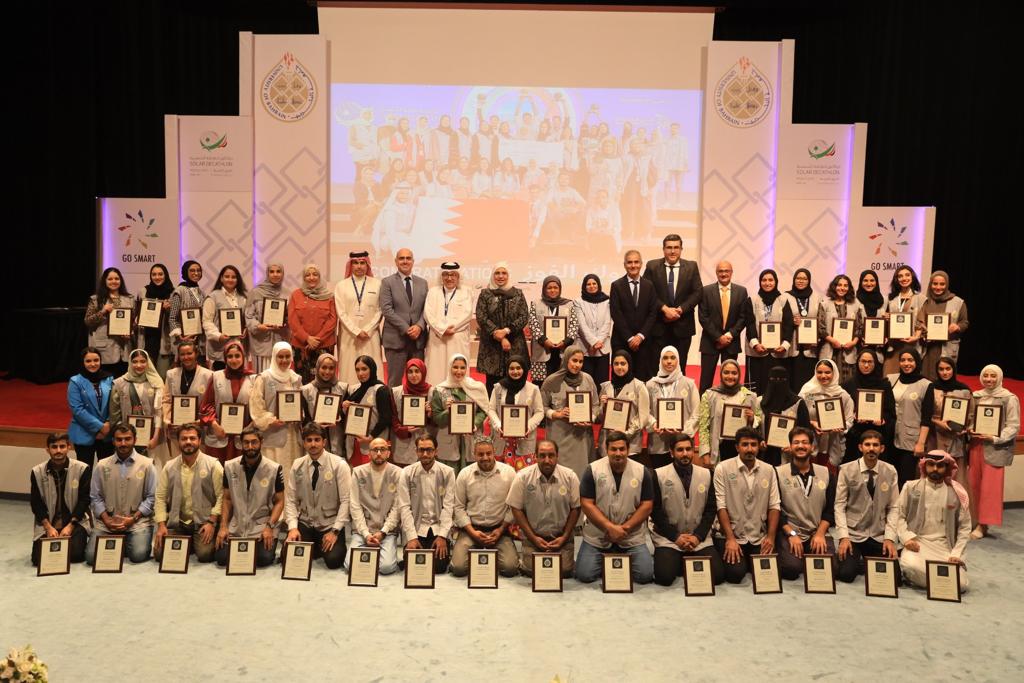 The President of the University of Bahrain (UoB), Dr. Jawaher bint Shaheen Al-Mudhahki, received today, Tuesday (30 November 2021), UoB’s (Go Smart) team, which won the Solar Decathlon Competition, at the University’s headquarters in Sakhir, where she praised the distinguished levels achieved by UoB’s team, and the continuous efforts made by the academics for students, which support the development of their personal, scientific and creative skills, leading to achieving the University’s goals and the 2030 Vision.

Also, the President of the University congratulated the winners in a ceremony held on the occasion of their achievement of third place in the Middle East Solar Decathlon Competition, and second place in Energy Management after China, which won first place, in addition to receiving other prizes, and certificates of recognition were given to the participants.

It is worth noting that the Competition was organized by the Dubai Electricity and Water Authority, in cooperation with the Supreme Council of Energy, under the patronage of His Highness Sheikh Hamdan bin Mohammed bin Rashid Al Maktoum, Crown Prince of Dubai and Chairman of the Executive Council of the Emirate of Dubai, in conjunction with Expo 2020 Dubai. As UoB team participated in the second session of the global competition for universities – among 8 teams from 12 universities around the world – to build a smart home powered by solar energy at the Sheikh Mohammed bin Rashid Al Maktoum Solar Park, under the supervision of the team leader, Head of Physics and Renewable Energy Laboratories at the College of Science, Dr. Hanan Mubarak Buflasa.