With The Participation Of 13 Students Over Two Months.. UoB Concludes the Creative Writing Program in Cooperation with The College of Charleston 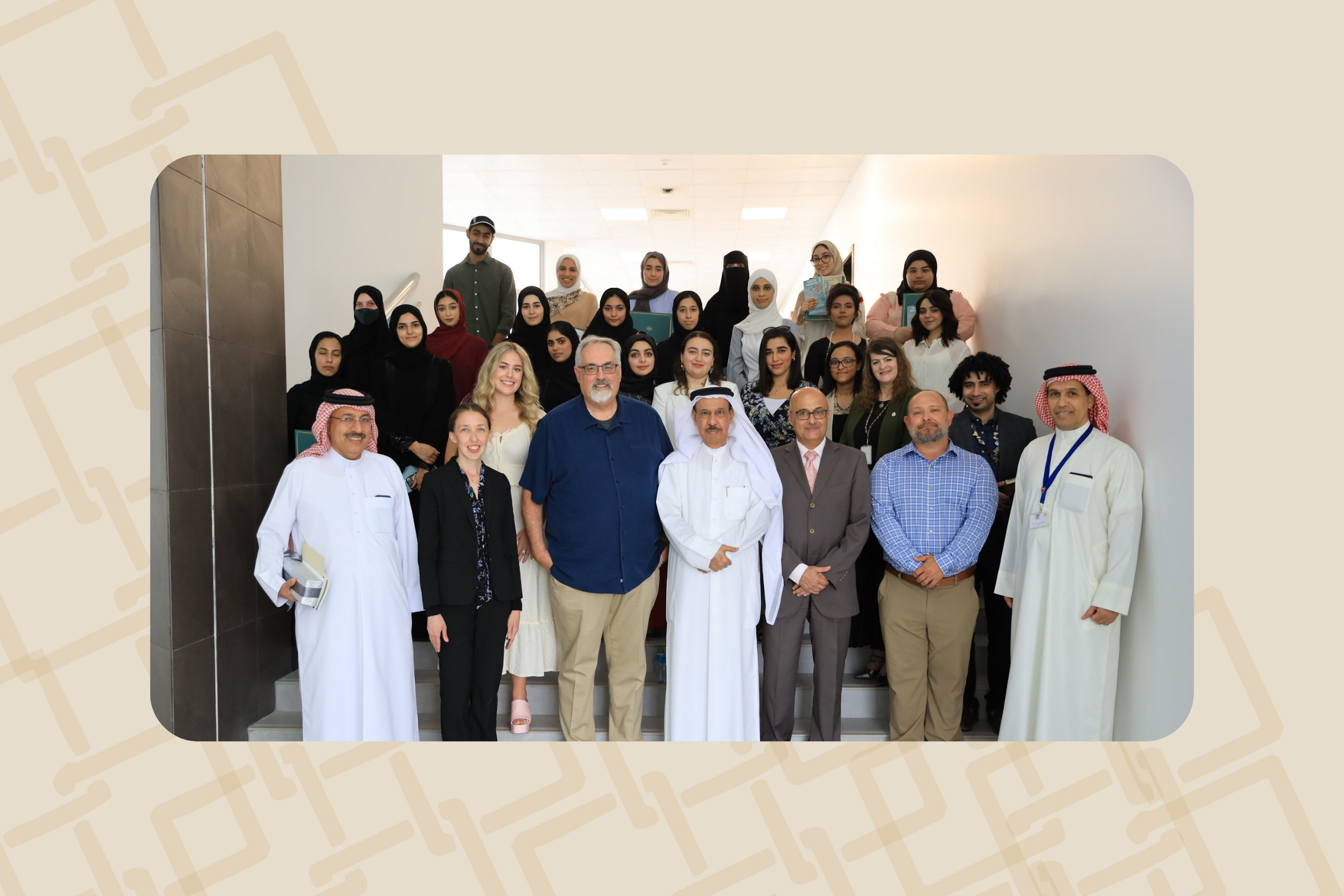 Sakhir – University of Bahrain (Khadija Abdulsalam)
9 May 2022
The President of the University of Bahrain (UoB), Dr. Jawaher bint Shaheen Al-Mudhahki, stressed the importance of the university student receiving a large share of training and refinement, in addition to educational academic tracks, in order to supplement aspects of his personality and skills.
This was according to the Dean of the College of Arts, Dr. Abdulaziz Mohammed Bulaila, who conveyed the President’s greetings and congratulations to the students who finished the creative writing program, and who also thanked the College of Charleston for its continued cooperation with UoB, which contributed to qualifying a group of Bahraini youth to delve deeper into literary creativity, and knowing its keys, and stated that this is an integral part of the University’s mission that seeks to integrate the student’s personality.
For his part, Professor of Creative Writing at the College of Charleston, Dr. Brett Lott, praised the ambitious young authors from UoB, during the closing event of the Creative Writing Program in cooperation with the College of Charleston in the United States of America, on Sunday (8 May 2022) at the Media Center in Sakhir.
The College of Arts organized a creative writing program for all university students wishing to participate, as 13 female students were selected to participate in the program this year in the two categories of poetry and fiction writing. The program lasted from February to May, during which students received training from postgraduate students at the American College.
Also, the Vice President for Community Service and Alumni Affairs, Dr. Mohammed Saleh Al-Ansari, gave a speech in which he expressed the University’s pride in student talents in all disciplines, including literary disciplines, and he praised the cooperation with the College of Charleston, which trained a group of the University’s students on creative writing.
While the Dean of the College of Arts, Dr. Abdulaziz Mohammed Bulaila, praised the success achieved by the creative writing program during the past five years, as it first started in 2018.
Furthermore, he added that the program achieved its success by encouraging creative writing and publishing students’ fiction and poetry writings in a book that is printed and being distributed in the United States and around the world. As the College of Charleston has collected the students’ work in a special book entitled: “Under the Bahraini Sky”, which included a variety of poetry, storytelling, and other creative pieces.
The program included honoring the participating students from the years 2020 and 2021, in addition to listening to the literary works of the participating students for the current year.
The meeting was attended by the College of Charleston’s postgraduate students who were supervising the program, Lorne Chambers and Elsie Lask, and from the US Embassy in Manama, the Public Affairs Officer at the Embassy, Linda McMullen, and the Grants and Program Coordinator at the Embassy, Ali Sewar, and from UoB, Vice President for Information Technology Services and Administration and Financial Affairs, Dr. Osama Abdullah Al-Jowder, Vice President for Academic Programs and Graduate Studies, Dr. Mohammed Reda Qadir, and the lecturer at the English Language Center, Diana Prieur.